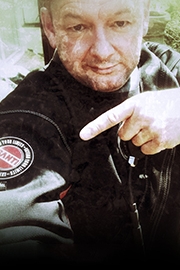 "SANTI provides ultimate comfort in the most adverse underwater environments anyone explorer cares to venture within. I never think about my SANTI system its totally trouble free allowing me the full 100% concentration to focus on the task in hand, bringing back those BIG shipwrecks images." 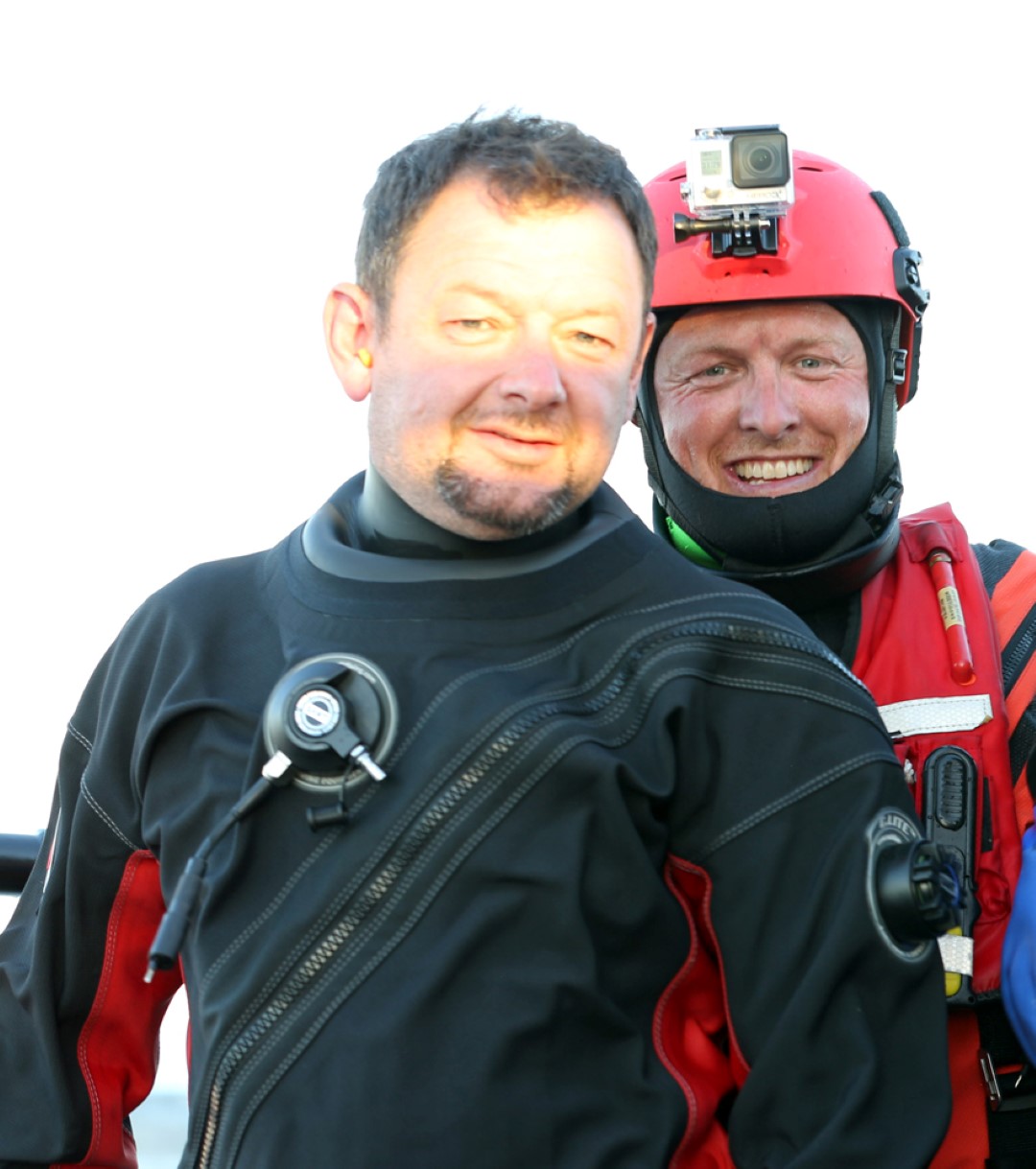 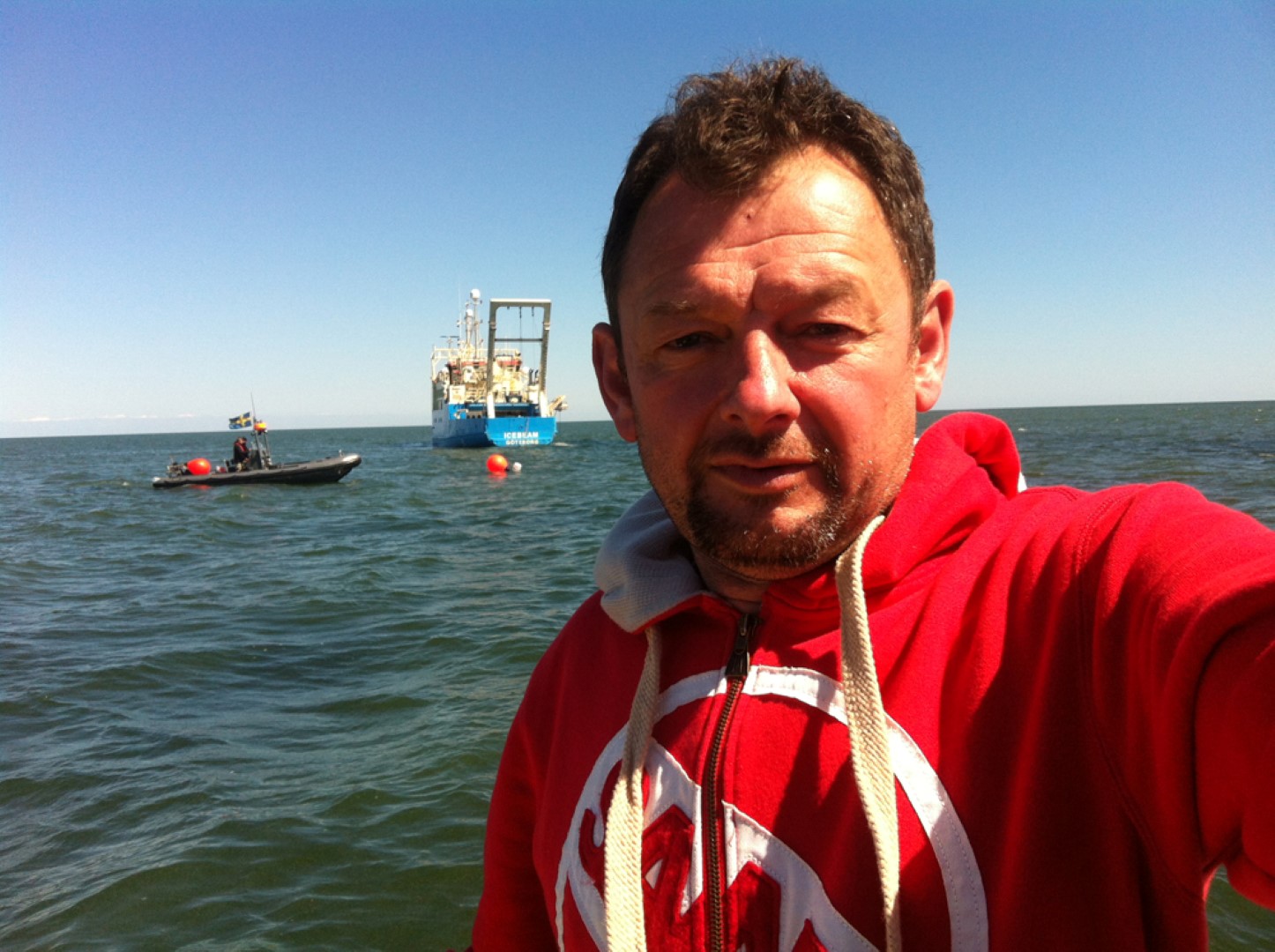 Leigh Bishop is a world-renowned shipwreck explorer and pioneer of extreme deep shipwreck diving in Europe.
His specialist deepwater photography alongside his research has led to the documentation and discovery of hundreds of shipwrecks and several famous ones.  He has been a member of most significant deep shipwreck expeditions over the last two decades that has utilized mixed gas and modern technology to explore deeper and previously unseen shipwrecks.

Some of these include expeditions to Titanics sister ship Britannic, the worlds largest sunken liner. The famous Lusitania, the Gold shipwreck Egypt, the WW2 loss Transylvania in the Deep North Atlantic and the Nazi Liner Wilhelm Gustloff in the Baltic and Mars Magnificent the sunk in 1564 off Sweden. He has also explored an estimated 400 un-dived deep shipwrecks off the English coastline and been the first to dive many U-boats that lie in these waters.

In recent times he joined an Australian led team to photograph the deep Gold ship Niagara off New Zealand and is currently working with an ongoing project to photograph the deep wrecks of Truk Lagoon in the Pacific. He has also been a photographer on the expeditions to the Arctic in search of the lost British Submarine X5. He was the first to photograph & explore other famous lost British submarines such as HMS Vandal HMS Affray & HMS M1 all in deep water. He was also a member of the 2003 NOAA Titanic expedition aboard the Russian research vessel Keldysh.

He has been involved in several scientific projects to shipwrecks and more recently carried the explorer’s club flag (Flag No 68) on a flag expedition, which was then officially retired out of circulation after the tragic death of his best friend and expedition leader Carl Spencer.
In 2009 he was the photographer on an Australian led Cave diving expedition to explore the far reaches of Australia’s longest underwater cave known as Cocklebiddy under the Nullarbor dessert in Western Australia. This expedition used the most up to date and sophisticated long range underwater propulsion vehicles and closed circuit rebreathers to aid the divers in reaching the far ends of the system some 7km distance into the cave.

Leigh is recognized as an innovator of black & White time exposure photography underwater, using a tripod he has used this method to capture many inspiring shipwreck images like the famous bow of the massive liner Justica and the huge guns of HMS Audacious.
He is the co founder of Eurotek, the European advanced diving conference held bi annually which attracts technical and advanced divers from all over the world. www.eurotek.uk.com  . Leigh has been used as an expert in several television deepwater shipwreck documentaries and worked as a deep-water cameraman for National Geographic as well as the history channel, ITV, Channel 4 and other global networks. He is a prolific speaker and lectures on the subject of shipwrecks globally and over the last two decades his photographs have been used in countless books and major newspapers. He has published hundreds of shipwreck articles that have appeared in just about every diving magazine around the world.